Wizz Air, looking for new crew, restores pilot pay to pre-pandemic levels
Wizz Air, on the hunt for new pilots and cabin crew, says it is putting pilots back on their pre-pandemic salaries as of October 1, 2021. “There is no doubt the past year has been challenging for the industry, but we are proud to announce today that we are one of the first airlines to reinstate pilot salaries to pre-pandemic levels,” Mike Delehant, Executive Vice President and Chief Group Operations Officer, commented in a statement on September 13, 2021.
Link

Jet Airways plans 2022 restart
Indian carrier Jet Airways will restart operations in the first quarter of 2022, the company’s owners confirmed. Domestic operations will be conducted first, and the first international flights are planned to take place by the end of the same year. The company also aims to expand its fleet to over 50 aircraft in three years and to over 100 aircraft in five years, Murari Lal Jalan, the head of the Jalan Kalrock Consortium which owns Jet Airways, said in an interview to the Indian media.
Link

Emirates New VR Experience Lets You Board An A380 From Home
Wondering if it’s worth upgrading to a higher class of service on your next flight? If you’re flying with Emirates, you’ll be able to virtually experience the airline’s cabins to see what they’re like before making your decision. On September 13th, the airline announced its VR experiences are now available on the Oculus Store, in addition to mobile apps and website.
Link

Avianca Argentina Looks To Fly Again
A couple of years after its closure, the short-lived airline Avianca Argentina (also known as Avian Líneas Aéreas) is aiming for a comeback. According to local reports, the airline is currently facing a bankruptcy process in Argentina and has settled a payment with its creditors. Let’s investigate further.
Link

Air Albania Adds An Airbus A320 To Its Diverse Fleet
Air Albania has started deploying its newest aircraft, an Airbus A320, on scheduled services. The addition of the A320 complements the A319 and the B737 that Air Albania already has. It is named Naimi, and it will play an important part in the development of the growing aviation industry in Albania.
Link

SpiceJet Eyes More 737 MAXs Ahead Of Return To Service
Now that India has re-certified the 737 MAX to fly through its air space, SpiceJet is going big on Boeing’s most efficient narrowbody. The Indian budget carrier announced at the end of August that it would be adding more MAXs to the fleet through deals with multiple lessors. Let’s take a look at who’s involved and what’s on the table.
Link

Atlas Air Worldwide and pilots complete contract talks after five years
Atlas Air Worldwide and pilots at subsidiary airlines Southern Air and Atlas Air have completed a new joint collective bargaining agreement (JCBA) after more than five years of negotiations. The airline and International Brotherhood of Teamsters (IBT) union have been in talks over merging Atlas Air and Southern Air pilots onto a single contract since the latter was acquired by Atlas in 2016.
Link

40 Years Ago Picasso’s Art Flew To Madrid On An Iberia Boeing 747
Forty years ago this week, the last Republican hold-out from the Spanish Civil War returned to Spain. When Iberia flights number IB-952 took off from New York John F. Kennedy International Airport (JFK), only a select few of the 319 passengers, along with the captain, knew about the precious cargo in the belly of the plane.
Link

Date Set For Former Lufthansa Boeing 707 Part Auctions
A date has now been set for the auction of parts from two Boeing 707s that used to wear the Lufthansa livery. Parts from D-ABOD, and D-ABOC (which really flew for El Al as 4X-ATB), will be listed for sale from late next week, with the auctions lasting a month.
Link

LAX Closer To New Concourse And Terminal
Los Angeles International Airport (LAX) is moving closer to adding a new concourse and terminal. The airport has completed its environmental review. The Los Angeles World Airports (LAWA) Board of Airport Commissioners (BOAC) will take up the proposed new concourse and terminal in a meeting on Tuesday, September 14th. The expansion will set the airport up to receive more air service and preparing to host the Olympics in 2028.
Link

O’Hare Airport modernization project complete after 16 years
Fewer delays and more flights out of O’Hare International Airport may finally be on the horizon as a $6 billion modernization project is finally complete after 16 years in the making. Construction began on the project in 2010 and ended Thursday, completing a project that aims to create thousands of jobs over a long period of time.
Link

British airports urge COVID travel testing shake-up
Some of Britain’s biggest airports have called on the UK government to simplify travel rules, ahead of a review by Britain into its travel restrictions. Britain’s airports have repeatedly called for travel testing requirements to be eased, highlighting how their passenger traffic numbers are recovering more slowly than European rivals. London Heathrow (LHR) said on September 13, 2021, that its August passenger numbers were still 71% down on pre-pandemic levels.
Link

Shanghai suspends flight operations due to Typhoon Chanthu
In response to Typhoon Chanthu, Shanghai has cancelled 80% of all flights on September 13, 2021. From 11:00 local time, all flights operating in and out of Shanghai Pudong International Airport (PVG) are cancelled, and from 15:00 local time, flights in and out of Shanghai Hongqiao Airport (SHA) are cancelled as well. Port terminals in Shanghai and nearby regions have also suspended container import and export service from September 13, 2021 until further notice.
Link

SpaceX all-civilian mission Inspiration4 ready to launch
SpaceX announced that the Falcon 9 rocket is ready to send the Inspiration4 mission to space and awaiting its launch window. On September 13, 2021, the rocket successfully completed a static fire test and the crew went through the full rehearsal of launch day activities, the company tweeted. The five-hour launch window starts on September 15, 8:02 pm EDT.
Link

Russia’s Su-30SM Fighter Jets Arrive in Belarus To Patrol Borders
Russia’s Su-30SM multi-role fighter jets arrived in Belarus to form a joint military training center for the two countries’ air forces and air defense, the Belarusian defense ministry reported on Wednesday. The aircraft landed at the Baranovichi airfield in the Brest region, 94 kilometers away from Hrodna, which homes the training center. The aviators are supposed to carry out joint combat duty to guard and patrol the borders of the supranational Union State.
Link

In a world in which we are all slaves to the laws of gravity, I'm proud to be counted as one of them freedom fighters. Skydive! 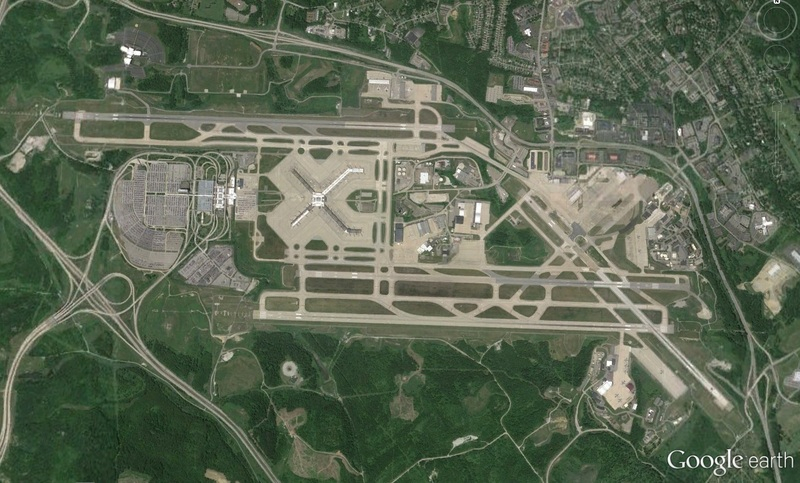 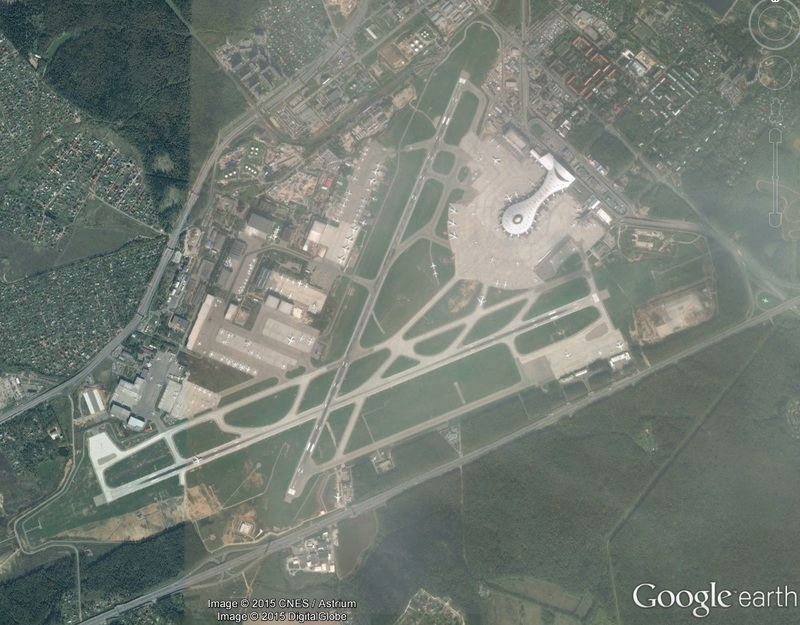 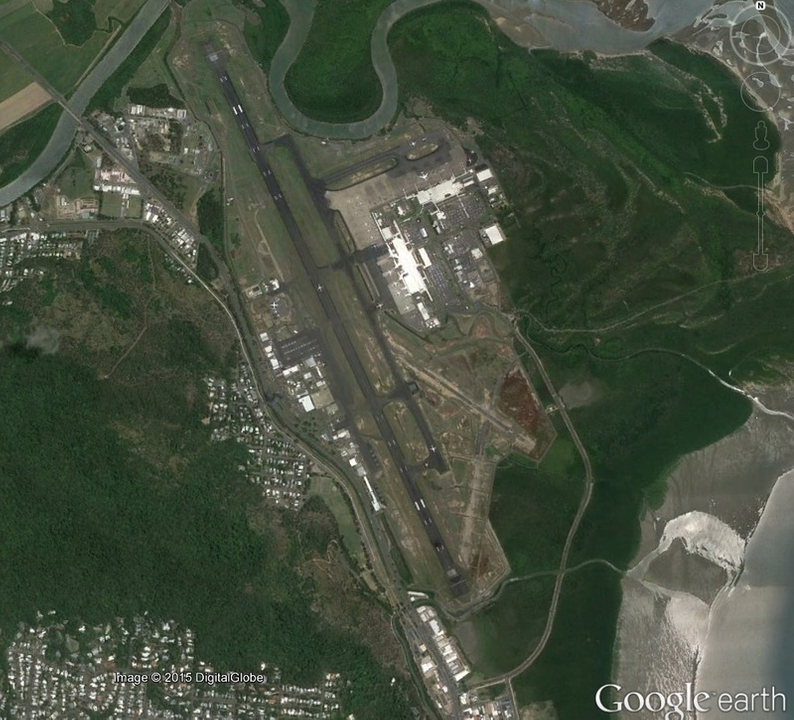 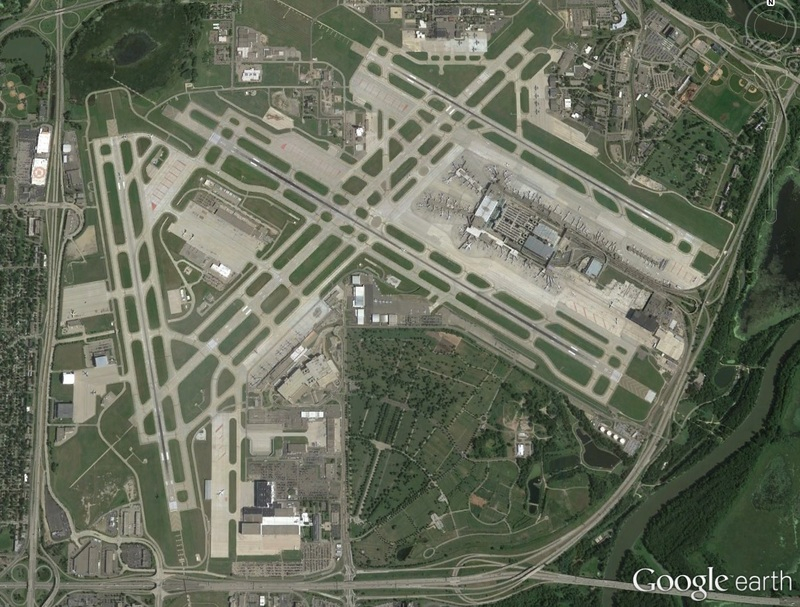 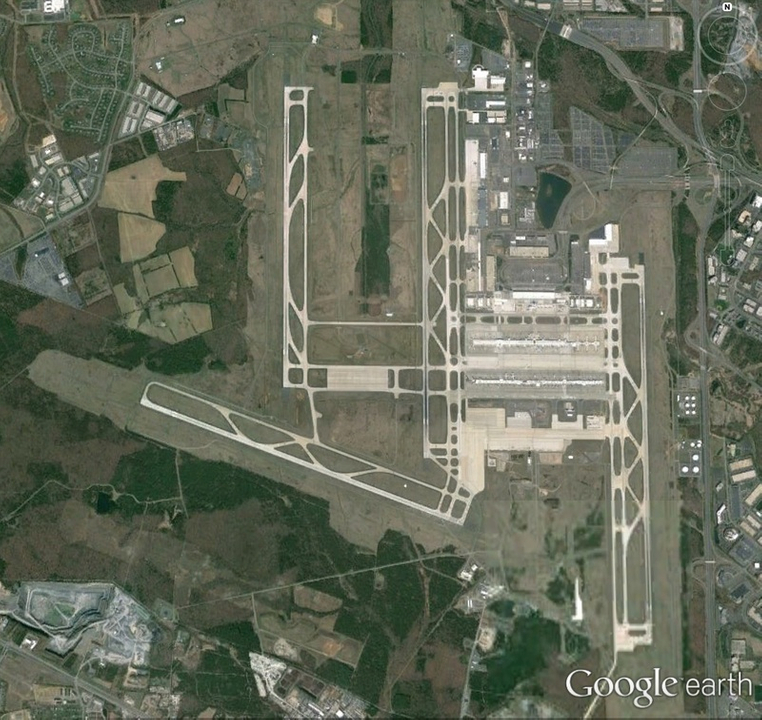 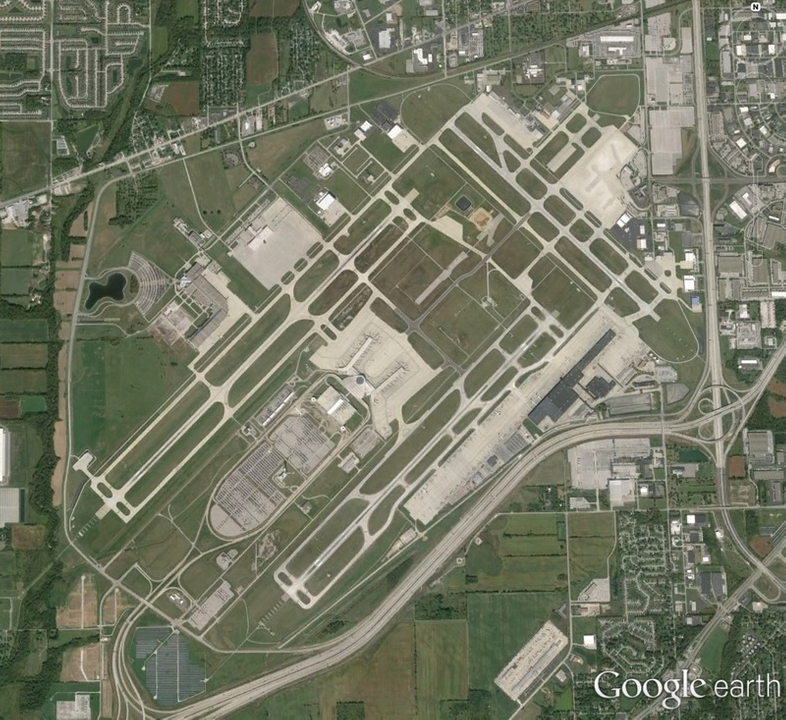 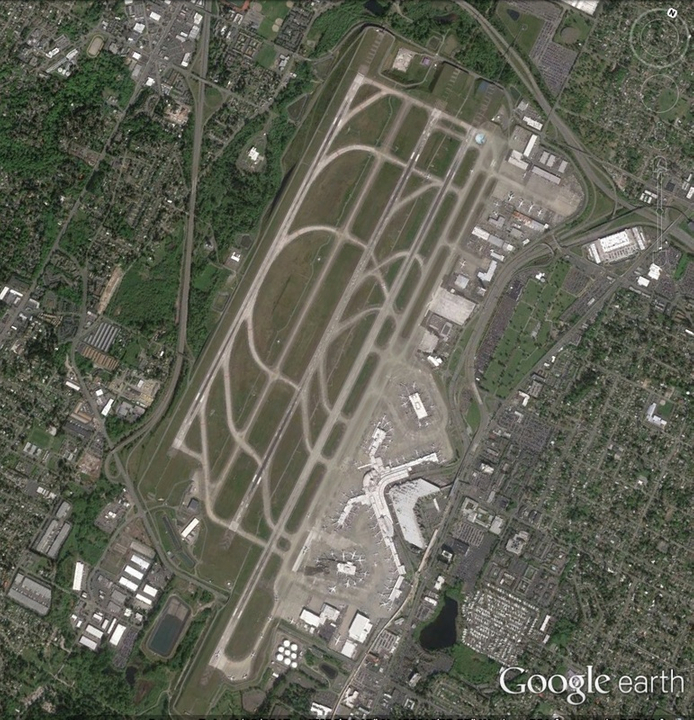 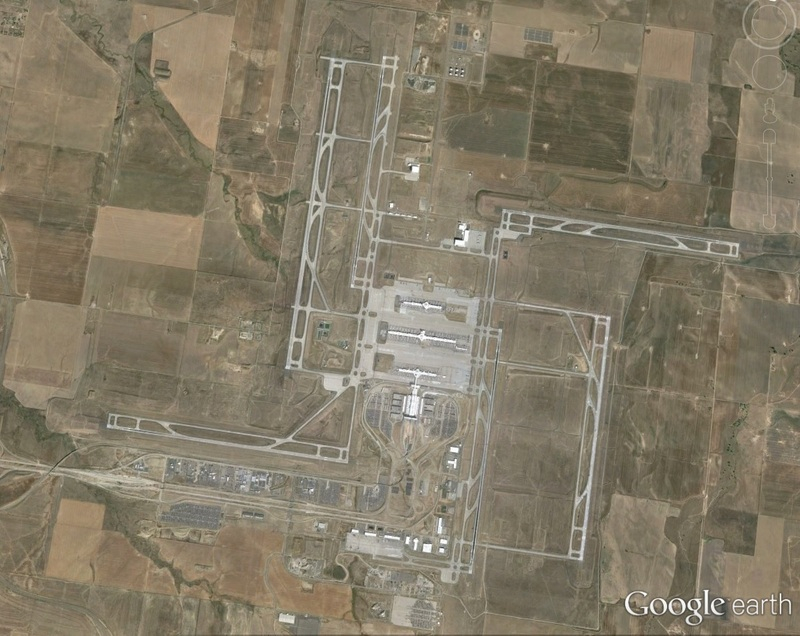 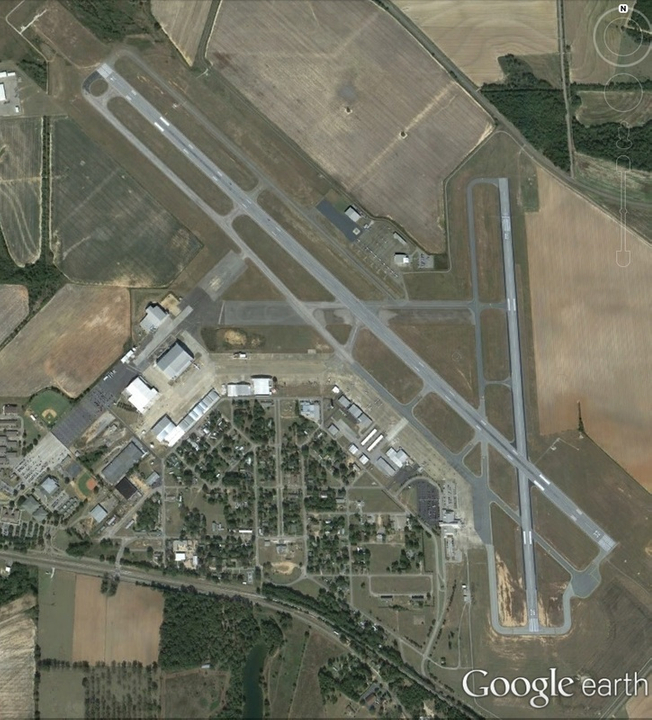 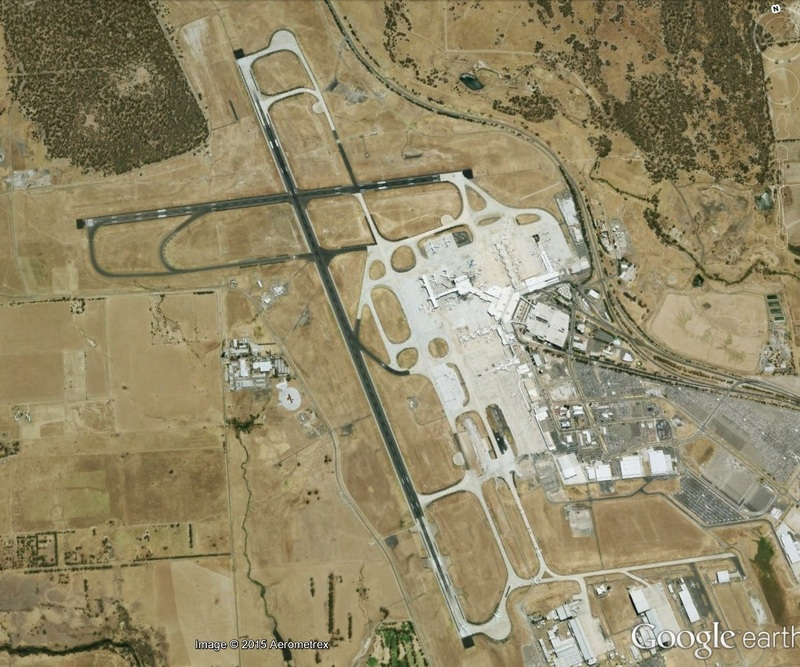 And let's get one thing straight. There's a big difference between a pilot and an aviator. One is a technician; the other is an artist in love with flight. — E. B. Jeppesen
Post a reply
1 post   Page 1 of 1

Who is online
Users browsing this forum: No registered users and 4 guests