New Berlin airport confirmed for Oct. 31, 2020, opening
Berlin’s new airport—Berlin Brandenburg Airport (BER)—is now set to open at the end of October 2020, eight years later than originally planned. Airport operator Flughafen Berlin Brandenburg GmbH confirmed Oct. 31 as the day for the official first landings at the site, and the start of a transition period of all operations to the new facility from the old Berlin Tegel Airport.
Link

Minister: Only ‘radical restructuring’ can save South African Airways
South African Airways (SAA) “cannot continue in its current form” and will need a “radical restructuring,” the country’s minister of public enterprises, Pravin Gordhan, said Dec. 2. The state-owned airline has been losing money for years and has only been kept afloat by a series of cash infusions from the government. It last made an annual profit in 2011.
Link

Peach Aviation seeks more pilots to sustain post-merger growth
With the merger with Vanilla Air complete, Japanese LCC Peach Aviation is now looking to hire more pilots as it works to expand its capacity and network. The carrier’s 29 Airbus A320 aircraft are currently flying around 10 hours daily, compared to the targeted 12 hours, and the priority after the Vanilla Air integration is to speed up expansion and pilot recruitment, CEO Shinichi Inoue told ATW at Peach’s headquarters in Osaka.
Link

Norwegian approved for six Heathrow slots
Low-cost, long-haul carrier Norwegian Air Shuttle said it has been given three takeoff and three landing slots at London’s Heathrow Airport for the summer 2020 season, but did not say what routes the slots could be used for. “Norwegian can confirm that the airline has been granted six slots, three takeoff and three landing, at London Heathrow,” a carrier spokesperson said.
Link

Italian ministers agree urgent loan for troubled Alitalia
Italy's government has approved a €400 million ($443 million) loan to troubled flag-carrier Alitalia, to provide funding while a strategy for the airline's future is decided. The Italian council of ministers met on 2 November to discuss "urgent measures" to ensure the continuity of Alitalia and Cityliner services.
Link

Eurowings maintains focus on consolidation
Eurowings continues consolidation efforts, with no further expansion plans until the Lufthansa LCC subsidiary’s expected return to profitability in 2021. “2018 was a stormy year and we learned our lessons from it. In 2019 we are focused on point-to-point traffic. Our punctuality and operational performance have improved,” Eurowings managing director and CCO Oliver Wagner said in Salzburg.
Link

Airbus presses for $2bn cut in WTO tariff award
Airbus is claiming that a World Trade Organization assessment of the airframer's compliance measures should result in a $2 billion cut in the recent tariff award to US authorities. The WTO had previously authorised $7.5 billion in tariffs against the European Union in October, in the long-running transatlantic dispute over aircraft subsidies.
Link

Air Algerie 737 aborts take-off after snowplough incursion
Investigators are probing a conflict during which an Air Algerie Boeing 737-800 was cleared for take-off from Lyon after a snowplough had been permitted to enter the active runway. The aircraft (7T-VKR) had been cleared to take off from runway 35L.
Link

HK authorities close in on troubled Hong Kong Airlines
Hong Kong Airlines (HKA) faces the prospect of being wound up by 7 December, if it fails to turn its troubled financial situation around. In an ultimatum issued to the beleaguered carrier, in which it ordered "immediate and resolute action" to be taken, Hong Kong's Air Transport Licensing Authority (ATLA) laid down two new licensing conditions for the carrier.
Link

Hartzell and Raisbeck secure STC for King Air 200 propeller
Hartzell Propeller and Raisbeck Engineering have secured US supplemental type certification (STC) for a five-blade, composite swept propeller on the Beechcraft King Air 200 series, and are preparing the first twin-engined turboprop for modification and redelivery in December. Significantly quieter than previous four-blade aluminium designs, with a 30% noise reduction throughout the aircraft, the new propellers are made from structural carbonfibre composite with nickel cobalt leading edges, to protect against foreign object damage, says Raisbeck. Optimised aerofoil efficiency also allows for a larger 2.43m (96in) diameter propeller, with less blade tip noise.
Link

Poland removes MiG-29 grounding order
Poland has returned its fleet of RAC MiG-29 fighters to operational use, removing a grounding order that had been in place since a non-fatal accident earlier this year. Announcing the resumption of MiG-29 duties, Warsaw’s armed forces general command says the decision was taken “after analysing the implemented recommendations” following a spate of accidents involving the Russian-built type.
Link

MD530F wins additional Afghanistan order
MD Helicopters has secured a follow-on contract covering 12 MD530F light scout attack helicopters for the Afghan air force. The order, awarded through the US Army, comes days after MD Helicopters announced that it had delivered the last examples from a previous Afghan contract for 30 MD530Fs
Link

R-R scores $1.2b contract for US V-22 engine maintenance
The United States Marine Corps, Navy and Air Force have signed a $1.2 billion contract with Rolls-Royce for engine maintenance of the Bell-Boeing V-22 fleet. The five-year contract comes under R-R’s MissionCare services, and will cover the AE 1107C engines that power the tiltrotor fleet.
Link

How could they possibly be Japanese planes? 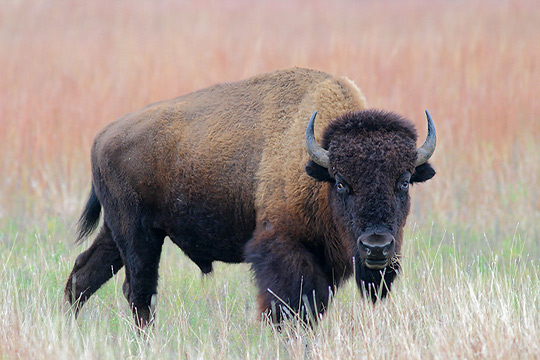 And let's get one thing straight. There's a big difference between a pilot and an aviator. One is a technician; the other is an artist in love with flight. — E. B. Jeppesen
Topic locked
1 post   Page 1 of 1